Why use Uninterruptible Power System?

There is a common misconception that the utility power we use is continuous and there is no need to use the Uninterruptible Power System(UPS) for backup, except for occasional power outages, but this is not the case. As a public grid, the main power system is connected to thousands of different loads. Some larger inductors, capacitors, switching power supplies, and other loads not only get power from the grid, but in turn cause the grid itself. Deteriorating the quality of the power supply to the grid or local grid, resulting in distortion or frequency drift of the supply voltage waveform. In addition, accidental natural and man-made accidents, such as earthquakes, lightning strikes, power outages or short circuits in power transmission and substation systems, can damage the normal power supply and affect the normal operation of the load. According to the test of electric power experts, the following problems often occur in the power grid, causing interference or damage to computers and precision instruments:

1.Surge: The output voltage RMS value is 110% higher than the rated value for one or several cycles. The surge is mainly due to the high voltage generated by the sudden unloading of the grid when large electrical equipment connected to the grid is turned off. And the Uninterruptible Power System(UPS) can automatically connect and keep the power supply 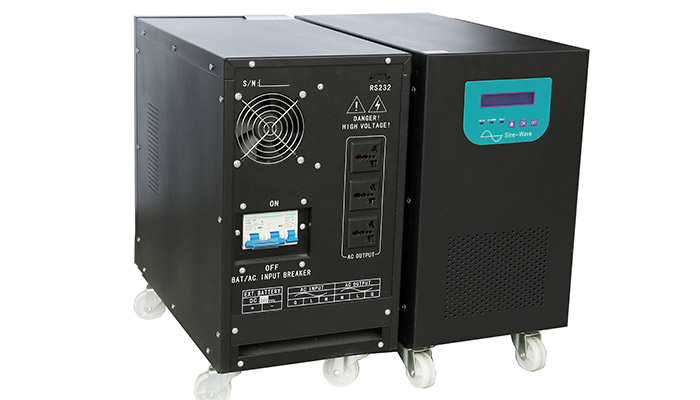 2. High voltage spike (high voltage spike): refers to the peak of 6000v, the duration of the voltage from one ten thousandth of a second to half of the cycle (10ms). This is mainly due to lightning strikes, arcing, electrostatic discharge or switching operations of large electrical equipment. It is also the reason for sudden power outages during thunderstorms. Although the Uninterruptible Power System(UPS) will be connected to the grid, it will not be affected by this.

3.Transient overvoltage: A pulse voltage with a peak voltage of up to 20,000V but lasting from one millionth of a second to one ten thousandth of a second. The main cause and possible damage are similar to high voltage spikes, but the solution is different. The same Uninterruptible Power System(UPS) will not be affected.

4. Power Down: A low voltage state in which the RMS voltage is between 80% and 85% of the rated value for one to several cycles. Large equipment starts, large motor starts or large power transformer accesses can cause this problem. Similar to a short circuit, if the Uninterruptible Power System(UPS) is installed, it will prevent such things from happening.

7. Continuous low voltage means that the rms voltage of the mains voltage is lower than the rated value and lasts for a long time. Causes include: large equipment start-up and application, main power line switching, starting large motors, and line overload.

8. Mains power interruption (power fail): refers to the situation where the mains supply is interrupted and lasts for at least two cycles to several hours. The causes are a circuit breaker trip on the line, mains supply interruption, grid failure. 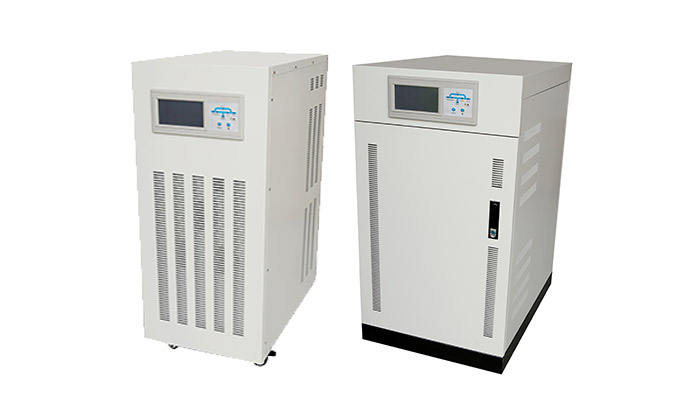 If you have a computer, both the monitor and the mainframe need a normal power supply. Especially memory, the power requirements are higher. It is a power-dependent storage device that requires constant refreshing to save content. Once the power is turned off, the saved content will disappear immediately. If the power supply is abnormally interrupted, the information in the memory cannot be saved to a storage device such as a hard disk, and the value may be lost due to complete loss or incompleteness, thereby wasting a lot of work, time, and even a huge economy. Lost. If the operating system such as UNIX is not properly shut down, the system information in the memory will not be written back to the hard disk, and the system may crash and cannot be started again. In addition, although the hard disk in the computer is a magnetic storage medium application, it will not lose information due to a power failure, but a sudden power failure will damage the physical head of the hard disk being read or written, or the system file is in the maintenance file system. The file allocation table is incorrect, causing the entire hard disk to be discarded. In addition, most current operating systems can set virtual memory. Due to a sudden power outage, the system could not cancel the virtual memory, resulting in "information fragmentation" in the hard disk, which not only wastes the hard disk storage space, but also causes the machine to run slowly. The computer power supply is a rectified power supply. Excessive voltage can cause the rectifier to burn out. Interferences such as voltage spikes, transient overvoltages, and power supply noise can enter the motherboard through the rectifier, affecting the normal operation of the machine or even burning the host line. In short, power problems are a major threat to computer work. Therefore, it is more necessary to supply power like a Uninterruptible Power System(UPS).

However, with the increasing importance and breadth of computer and network applications, safe and reliable power supplies have become an important issue that network design and management personnel must seriously face. “The need to be the first driving force for social development”, in this context, uninterruptible power supply is inevitable, and with the development of power electronics technology, continuous innovation, in a dozen years, not only created a brand new Industry, over time, will have a prosperous development and bright prospects.