Photovoltaic off-grid system common faults, do you know how to solve it?

Photovoltaic off-grid system common faults, do you know how to solve it? 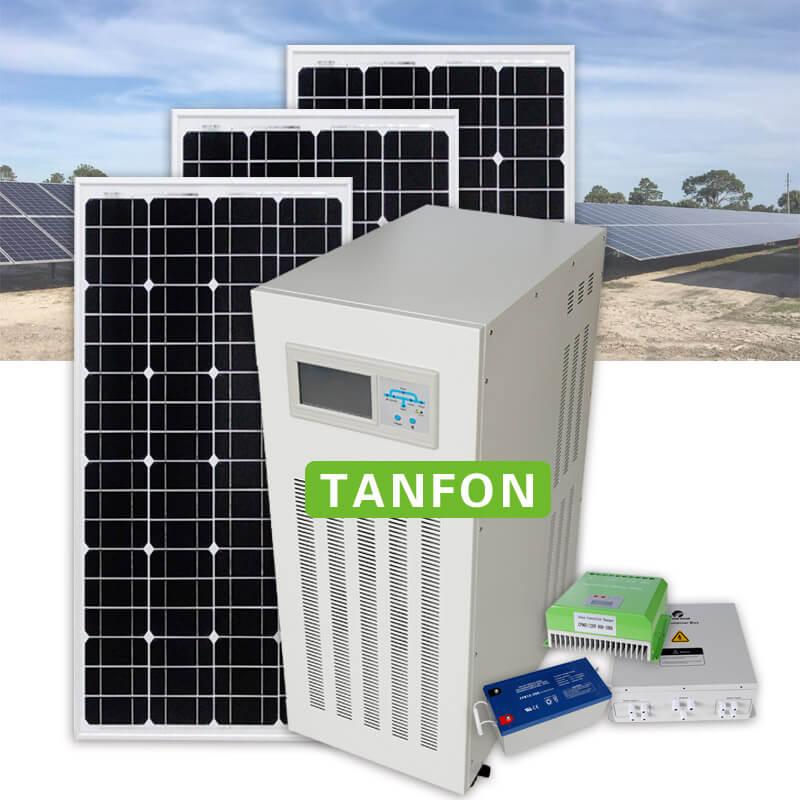 Photovoltaic off-grid systems do not have uniform specifications, and should be designed according to user needs, mainly considering the selection and calculation of components, inverters, controllers, batteries, cables, switches and other equipment. Before the design, the pre-work should be done well. You need to understand the user's load type and power, the climatic conditions of the installation site, the user's electricity consumption, and the requirements to be clear before you can do a good job.

Inverter LCD is not displayed

Without the battery DC input, the inverter LCD power supply is powered by the battery.

(3) The DC switch is not closed or the switch is faulty.

(2) If it is a problem with the line, measure the voltage of each battery with a multimeter voltage file. When the voltage is normal, the total voltage is the sum of the battery voltages. If there is no voltage, check whether the DC switch, terminal block, cable connector, etc. are normal.

(1) Component reasons: The component voltage is not enough, the sunlight is low, and the components and DC cable are not well wired.

(2) The battery circuit wiring is not good.

(3) The battery is fully charged and reaches the highest voltage.

(1) Check whether the DC switch, terminal block, cable connector, component, battery, etc. are normal. If there are multiple components, separate the tests separately.

The load power is greater than the inverter or battery power.

(2) Battery overload: The discharge current is generally 0.2C-0.3C, the maximum does not exceed 0.5C, and the 1V 12V200AH lead-acid battery has a maximum output power of 2400W. Different manufacturers and different models have different specific values. .

(3) The load is a load such as an elevator that cannot be directly connected to the output of the inverter. Because the elevator is falling, the motor reverses, and a back electromotive force is generated. When entering the inverter, the inverter is damaged. If an off-grid system is necessary, it is recommended to add a frequency converter between the inverter and the elevator motor.

Short circuit phenomenon and cause

The main reasons for the internal short circuit of lead-acid batteries are as follows:

The plate sulphation system is a white hard lead sulphate crystal formed on the electrode plate, and it is very difficult to convert to lead sulfate of the active material during charging. There are several main phenomena after the sulphation of lead-acid battery plates:

(1) The lead battery rises rapidly during the charging process, and its initial and final voltages are too high, and the final charging voltage can reach 2.90V/single cell.

(2) During the discharge process, the voltage drops rapidly, that is, it drops to the termination voltage too early, so its capacity is significantly lower than other batteries.

(3) When charging, the temperature of the electrolyte rises rapidly and easily exceeds 45 °C.

(4) At the time of charging, the electrolyte density is lower than the normal value, and bubbles are generated prematurely during charging.

There are several reasons for causing plate sulfation:

(1) The lead battery is initially charged insufficiently or the initial charge is interrupted for a long time.

(2) The lead battery is not fully charged for a long time.

(3) Failure to charge in time after discharge.

(5) If the electrolyte density is too high or the temperature is too high, lead sulfate will be deeply formed and difficult to recover.

(6) Lead-acid batteries have a long shelf life and are not used for a long time without regular charging.

Lower construction costs: until 2018, the cost of PV distributed construction is at a minimum and efficiency is higher.

Longer life: thermal power needs to generate electricity every year. Solar power generation has a service life of up to 25 years, with no maintenance costs during use and a longer service life.

The construction is even less difficult: the roof can be easily and safely installed with professional photovoltaic brackets, whether it is glazed tile or color steel tile or flat roof.

Safer to use: Widely used in factories and commercial roofs, strict quality system to ensure safety.

The necessary components of the entire solar power supply system are introduced:

The solar power supply system is composed of a solar cell module, a solar controller, and a battery (group). If the output power is AC 220V or 110V, you need to configure the inverter. The role of each part is:

(2) Solar controller: The function of the solar controller is to control the working state of the whole system and to protect the battery from over-charge protection and over-discharge protection. In places with large temperature differences, qualified controllers should also have temperature compensation. Other additional features such as light control switches and time control switches should be optional for the controller.

(3) Battery: Generally it is a colloidal battery. In a small and micro system, a nickel-hydrogen battery, a nickel-cadmium battery or a lithium battery can also be used. Its function is to store the electrical energy supplied by the solar cell module when there is light, and then release it when needed.

The design of a solar powered system requires consideration of the following factors:

1. In which area is the solar power supply system used? What is the radiation situation in the area?

2. What is the load power of the system?

3. What is the output voltage of the system, DC or AC?

4. How many hours does the system need to work every day?

5. How many days does the system need to be powered continuously in the event of rainy weather without sunlight?

6, the load situation, pure resistance, capacitive or inductive, how much starting current?

welcome send inquiry to us ,TANFON team will help you design the right system for you .